Well, I have not updated in a while (what percent of blogs have a post starting with words like that?) Since the CONvergence post happened. Stuff like a Soul Caliber tournament held by Abby, Kyle moving to Florida, Darryl came back from Iraq again. My brother started college at MATC, and so did Tim. Bill’s mom got married and I was invited to the ceremony. I have also discovered the joy of Doctor Who (2005) and The Dark Night.

I need to update more often, it is hard to remember a good story line for old events. At the SoulCal tournament I did ok playing Rock. Won a few matches. At Darryl’s homecoming party we had some great food, a lot of alcohol and some fun times. I ended up staying up till 7 or so in the morning with Carry’s husband Bill. Second time I have done that. I have discovered how cool the Glass Nickel is.

This post is a bit of a mess/a list/rambling. But I am not sure how else to place it. Now to go draw something for an image to include. 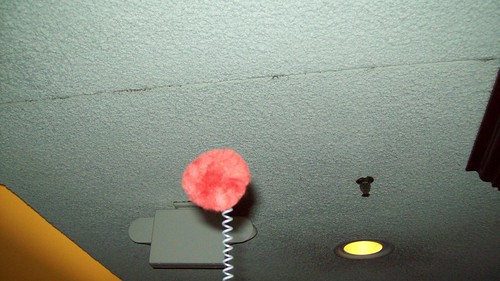 Last weekend I attended CONvergence. This was my first convention ever, and seems to be quite a fun one to start off with.

CONvergence is a convention in the Minneapolis area that is for Sci Fi and Fantasy of all kinds. They have all the normal video rooms, live music, panels on a wide range of topics, along with something more unique. A ton of party tooms. The hotel it is held in is unique with rooms they call cabanas that line both sides of the swimming pool. 40 total , each with unique decoration and people.

I ended up having a great time after I got use to what was going on there. And hope for next year to be even better since I will know how this con works now. I look forward to seeing the friends I made and the people I met again next year. I will definitely being trying to go every year from now on. It was just soo much fun to be around so many people who were like me and into the same things I am. I don’t think I interacted with a single mean/mad/rude person all weekend at CON. On the contrary, many were amazingly cool.

I even adopted a Tribble.

Its that time of year again. Time for Tony and Darryl’s birthday party. And you know what that means! Burning furniture!